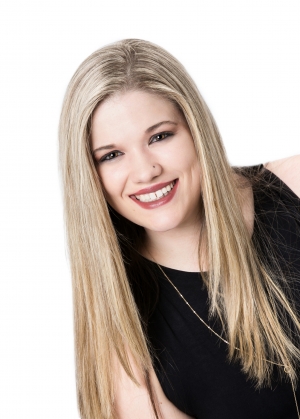 Ali is very pleased to be a member of the MADS faculty, where she can share her love of tap with everyone. She has been dancing since she was 2.  Ali is Mary Alice's daughter and was one of the original members of our ACE performing team. She is a graduate of Geneseo University with a degree in Communications and Sociology. Her dance travels include Los Angeles, DC, Rochester, NYC, Chicago, Atlantic City, Orlando, Cincinatti and most recently Stockholm, Sweden.

Jared Grimes, Derick Grant, Dormeshia Sumbry Edwards, and Michelle Dorrance are just a few of the tap legends she has had the pleasure to study with. Ali lives in NYC and teaches tap and tap technique at STEPS on Broadway and Broadway Dance Center. This past year was her tenth year of teaching and choreographing, at our studio. Ali's routines have won numerous overall high scores and this year was just as successful. Her routine "Never loved a Man" won Senior Critic's Choice at NYCDA and "Under Pressure" won Teen Critics Choice. She was also recognized by NYCDA as an outstanding choreographer for "Fault Lines" Ali and her partner Kevin, are past winners of Western New York's Got Talent. They were thrilled to have won the competition as well as a trip to Las Vegas. Ali stays up to date with all of her training by attending weekly classes at Broadway Dance Center and also substitute teaching at BDC. Just this past season she expanded her knowledge by attending, The DC Tap Fest, Chicago Tap Fest, Stockholm Tap Fest and NYC Tap Fest where she performed with Tap It Out.

Ali is on faculty at Steps on Broadway and with the incredbile convention Soul de Soul. Ali has also worked for Michelle Dorrance's tap company Dorrance Dance. She was the understudy for their last performance SOUNDspace and also worked as their video and web consultant. Film editing is on the list of Ali's many talents. She attended the New York City Film Academy and continues to use her knowledge of film editing for artists in the dance industry.

Ali is the founder of Dancers Give Back. Thanks to her determination and belief that we can unite as teachers and students, we successfully raised funds to support cancer research. DGB is in it's tenth year and Ali's dream has branched out to Ottawa, Canada and Dallas, Texas. She invites you to visit the website dancersgiveback.com to see how you can help.